Seeing an Essay and My Father Anew

Time to readdress some of those essays that just missed the mark? 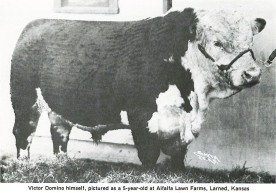 Gilbert’s father bought a great-great-great grandson of this legendary bull, shown in 1935

Almost three years ago, I began writing about accompanying my father to buy a Hereford bull when I was four. What provoked reliving the trip was fetching a cane for my wife, who was recovering from foot surgery. I remembered a stockman’s cane the bull’s breeder gave me. I still have it, 58 years later. Why?

Trying to answer just that, the essay explores reflexive story-making and the complex relationship among memory, imagination, and inner narratives. I found out late last week that “The Founder Effect” made the 2017 long list for the Notting Hill Essay Prize, a British biennial competition. It pays £20,000 to the winner, and they also publish five runners up. Two writer friends made the long list too: Jill Christman, who teaches for Ball State University, and Pat