As so often happens, when an idea begins poking at the edges of my unconscious, I see 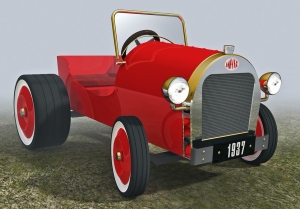 reminders of it in other areas of life – an occurrence blamed on our “reticular activating system.” It’s why when we’re shopping for a red convertible, suddenly they’re everywhere. And as my writing life and political adventures continue to collide, that effect is amplified.

The most recent annoyance is cliques – those groups of insiders who seem to have all the answers, wear just the right clothes, know how to behave in any given situation…or at least have the confidence to not care what anyone else thinks. And who casually (or thoughtlessly?) shut out those who don’t quite make the grade.

I have never been a part of those circles, not in high school or college, and not in professional circles as a rule. And while I keep thinking we as adults should have outgrown such nonsense, I’m often reminded that’s only wishful thinking.

In the writing world I navigate so gingerly, there are those who seem to know instinctively what to write for a vaguely defined market, who have networks and contacts and friends-of-friends who are only too happy to offer referrals and recommendations that those of us on the outside looking in can only dream of.

And as I’ve learned since entering the world of politics, the same social mores apply there as well.

The huddled group of friends whose gazes slide past newbies without a second look. A subtle turn of the shoulder blocking out anyone who approaches a conversation in an effort to join in. The shared insider jokes and car rides and after-event invitation-only debriefings.

Every time it happens (too often, according to my hypersensitive psyche), suddenly I’m an awkward teenager again, watching from the sidelines as life and opportunities pass me by.

I had trouble laughing.

One response to “Oh, grow up already!”